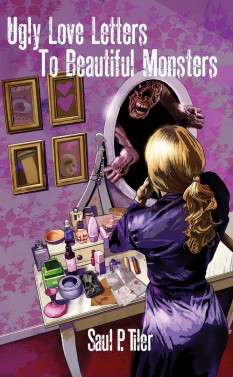 When love shines its light on you it feels like night will never fall again. But when love goes wrong it's cold in its shadow. Cold and very dark. In these stories by Saul Tiler we see what it's like in that shade. A phone that becomes obsessed with it's owner; a man who falls in love at first sight,for the second time; mothers who only love their sons if they can bring them celebrity and an innocent app that takes down the world due to sexual obsession. So why not try them ? Just to give your heart a break....

Read A Preview of The Ugly Love Letters here... 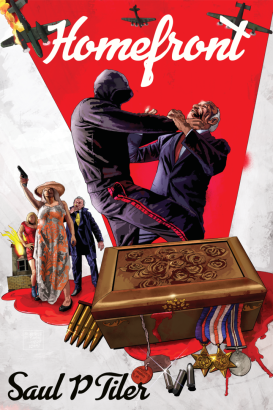 TThe small English town of Flintholme is about to boil over. A police arrest gone wrong means the town is about to be swamped by protests and riots..
John and Lally Palmer just want to move to their retirement home and live out their days. We see how they met as children after the First World War and how a love triangle between John, his best friend Tom and Lally began. A love triangle which would have dark consequences that would soon be resolved.
Oggie is a dissatisfied youth who has no time for school and with the arrival of a new stepdad,he no time for home either. Oggie dreams of getting enough money to go to America to meet his real dad. And he'll do anything to get that money.
As the fuse is lit these and many other stories twist and flow together to a climax where a murder is witnessed, prey are hunted, the town finally explodes.
And a deadly secret is revealed.
(Also features three episodes of the never to be made Netflix series 'Glock and Spiel - East German detectives')

Read a preview of Homefront here... 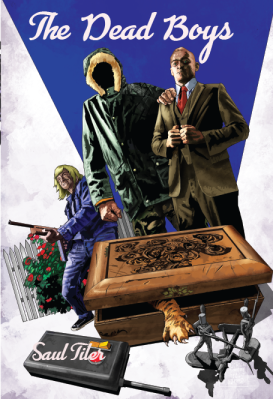 When does the obsession to make things right make you do wrong ? It's now and Leah volunteers in a care home where her Dad, Frank, warns her of a 'burning man' who lives there. We follow Frank, an ex-policeman, back through the years as we see him hunting a serial killer that nobody else believes exists. At the same time we see the lives of Gordon and Jesse, two boys who grow up together in a Scottish orphanage in the sixties and how their 'Dead Boy Games' lead them inevitably into the lives of Leah and Frank and unfortunate others...

The Dead Boys is a complex thriller spanning decades with the characters intertwined in a brutal mystery that is a solved with a razor fist twist at the end.

Dead Boys has some of the characters from the first book in the Tales of Flintholme Series but can be read alone. If you're brave enough to read it by yourself...

Read A Preview of The Dead Boys here...